Daddy, as you know, Uncle Trevor, Aunt Laura, and cousin Julian are in town. We are having sooo much fun and doing lots of exciting things! Here I am waking Julian up in the morning and scaring him off of the air mattress: 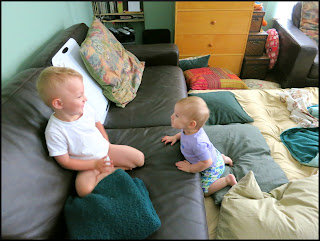 I scared Julian get off the air mattress so I could do this:

I'm not sure why we haven't permanently had an air mattress on the floor - it's much easier on my knees (and way more fun!) to crawl around on. Don't worry, Monkey was supervising from up front.

Later Julian and I did some people watching.

That's me on the right.

Then Uncle Trevor tried putting on some of my necklaces, but his head is too big. (Daddy insert snarky comment here.)

So instead we did this:

Before bed, Julian, Rex, and I settled down to watch Toy Story. We were all riveted. 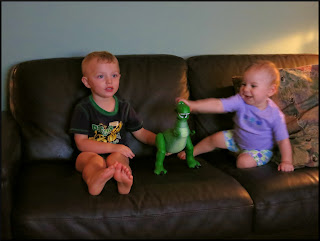 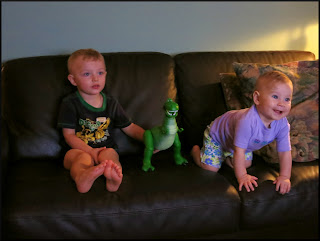 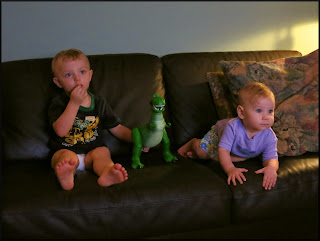 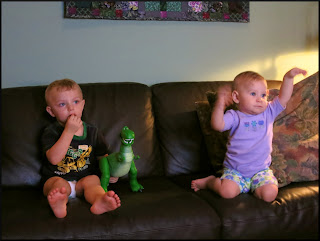 It was the first movie I've ever seen and it was CRAZY GOOD!!! It had me on the edge of my seat! In fact, it was so crazy good, I fell off my seat. Really.